On Cooking Chemicals and Why Young Doctors Are Future Public Goods

Today’s less serious post will be about how much education and occupation determine how we see the world around us and how we describe it.

I recently noticed that both me and my wife often have different perspectives on everyday problems that result from the fact that we have different educational backgrounds. This does not necessarily mean that we do not agree on certain issues, but we see them from different angles and accentuate different aspects. Another interesting phenomenon in this context is the use of jargon. Let me illustrate this with a few examples.

My wife is a pharmacist in the making. Clearly then, her perspective is heavily influenced by chemistry and biology. One exemplary field where this can be seen is cooking–she has the tendency to interpret what happens in the pots, pans and other cookware as chemical reactions. When I wonder about a recipe, she is always eager to explain to me what will happen to the proteins and other compounds when we follow it, and why this is good for taste and/or aesthetics. In addition, since she’s spent a lot of time in laboratory, she is very skillful at handling precise dosing, which makes cooking a lot easier and less messy.

Another context in which my wife’s educational background becomes visible is when she tries to explain (virtually) every behavioural pattern we detect in the society in terms of evolutionary forces. Going back to hunters and gatherers, she argues that their living conditions predetermined almost everything we do and think today, from sexual attractiveness to food preferences. While this might likely be true, it is interesting to see that she always comes with such explanations first and how easy it is for her to come up with a convincing causal mechanism.

As for my part, there are at least two instances of my “economistic” thinking I have become aware of recently. One is the issue of whether the German neo-fascist party NPD should be banned. I am rather sceptical about the respective initiative (which, by the way, succeeded to submit an application to the Constitutional Court last December). And I guess that my intuition in this respect is “economistic”–economists are mostly sceptical about command-and-control policies (bans, obligations etc.) and prefer policy instruments that try to change preference structures (such instruments are, e.g., taxes and subsidies). The reasons for that are both efficiency and freedom of choice concerns. In the case of the NPD this means that I believe that a ban, if successful, will not be effective in changing xenophobic attitudes. These attitudes are the result of a “preference structure” that is highly dependent on economic security, poverty and exclusion–and these are the areas where the battle against the NPD’s influence should be fought. Aside from whether my intuitions are right, you should have noticed that I automatically have put the issue in economic terms and have analysed it accordingly. 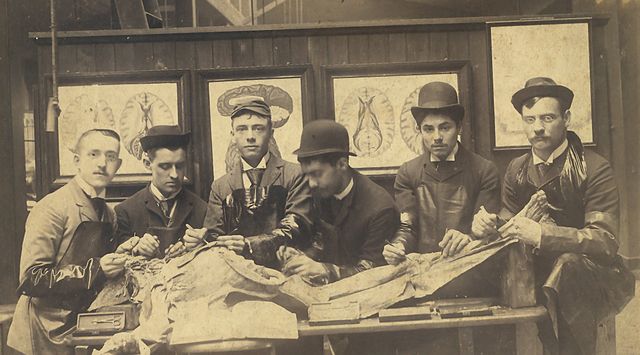 Another, more prosaic example of my “economistic” bias occurred during a recent visit at our paediatrist’s with one of my children. Instead of our doctor, a resident came in to do the examination. She asked whether it is OK for us, because she is still learning and may need support from our doctor. My mind instantly framed this as an issue of a “public goods game”, where agreement would be our contribution to the future public good “well-educated doctors”, and refusal would be an instance of free-riding. I perceived the issue automatically in terms of public goods, social dilemmata and game theory.

What do we learn from all that? We have different perspectives from which we perceive the world around us, which, however, does not necessarily mean that we must come to different conclusions about concrete problems. But we should be aware of that and try to understand other people’s perspective. This would be the more serious conclusion. The less serious one is: it is fun to learn new, often very strange perspectives of others, just as it is to realize how strange our own perspective actually is.